BugTrap is a tool to catch unhandled exceptions in unmanaged and managed .NET code. BugTrap also supports sending crash reports to a remote server for analysis.

The original author, Maksim Pyatkovskiy, has a great article about BugTrap on CodeProject that goes into detail about how BugTrap is used.

The BugTrap source code and binaries in this repository are granted by the original author under the MIT license. In other words, you're free to use BugTrap in commercial and non-commercial applications.

Check the releases section in this repository for the latest builds: BugTrap.zip contains all BugTrap components required for Win32/x64 projects:

Inside BugTrap.zip, you'll also find the following server applications for server side acceptance of crash reports:

You can choose any server technology to begin accepting crash reports from BugTrap clients. Open and edit *.config files for various configuration parameters. 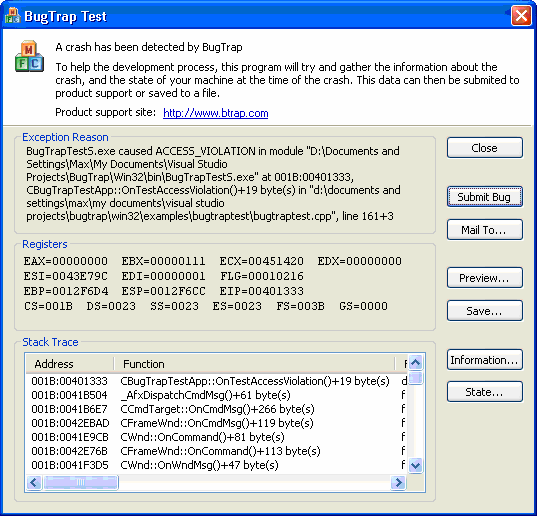 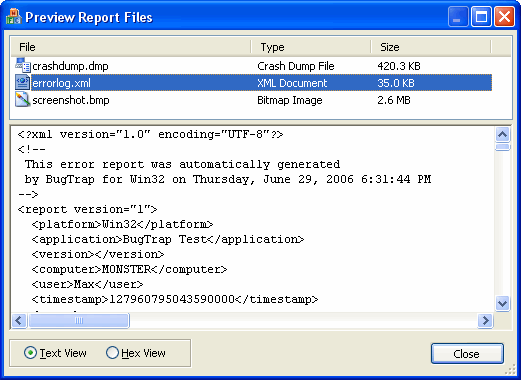